Help Bring Food and the Gospel to Lebanon  GIVE NOW

Watch    Listen    Podcast
God And Hitler: Who Was In Charge? Part 2
7/5/2022
History is not merely random. Even when Hitler led Germany to ruin in the 1940’s, God had a divine purpose in it. In this message, we discuss two possible responses to God’s providence: anger at the One behind all that’s happening or awe in His presence. How will we respond when God doesn’t make sense?

Featured Offer from Running To Win 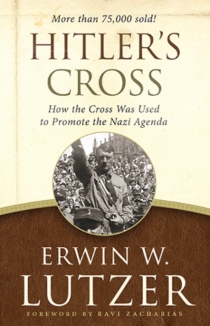 Where was the church of Christ when Adolf Hitler’s Third Reich seduced an entire nation? Nationalistic pride replaced the call of God to purity, and with few exceptions, the German church looked away while Adolf Hitler implemented his “Final Solution” against 6 million Jews. In Hitler's Cross, Erwin W. Lutzer examines the lessons that may be learned from studying the deception of the church and America’s dangerous trends. Hitler's Cross is the story of a nation whose church forgot its primary call and discovered its failure too late. Click below to receive this book for a gift of any amount or call Moody Church Media at 1.800.215.5001.