Cure a child a month of leprosy for less than a dollar a day. Give now!

January 17, 2022
Do You Feel Rejected or Selected?
Sharon Jaynes

He said to her, “Daughter, your faith has healed you. Go in peace and be freed from your suffering” (Mark 5:34 NIV).

I went to bed, pulled the covers over my head, and had a big ole pity party. Once again, I had been rejected…come in second place…told I wasn’t quite what “they” were looking for. The scarlet letter loomed large. It wasn’t an A like Hester Prynne’s in Nathaniel Hawthorne’s book I had to read in high school, but a big fat R that I chose to wear when life turned ugly.

There was a woman in the Bible who understood rejection too. You probably know her as “the woman with the issue of blood.” Mark 5:25-34 tells her story and lets us know that she had been suffering for 12 years. During that time, she had been rejected by her family and friends, and drained financially and physically.

In Biblical days, certain situations and conditions rendered a person ceremonially unclean. A woman was considered unclean during her monthly cycle. That means the person is untouchable. Let that sink in for a moment.

Sometimes we can feel the same. Abandoned by friends. Deserted by a spouse. Forgotten by family. Unseen by society. But she was not forgotten. She was not alone. This daughter of Abraham was close to God’s heart and foremost on His mind. So God the Father orchestrated His Son’s journey to pass her way.

The woman broke all the rules when she heard Jesus was coming. She pressed through the crowd and reached for the hem of His garment. Immediately, she was healed. She felt it. The power left Jesus. He knew it.

“But Jesus kept looking around to see who had done it. Then the woman, knowing what had happened to her, came and fell at his feet and, trembling with fear, told him the whole truth. He said to her, “Daughter, your faith has healed you. Go in peace and be freed from your suffering” (Mark 5:32-34 NIV).

“Daughter, your faith has healed you.” Sometimes one single word in Scripture speaks volumes. Daughter was a term of endearment she would not easily forget. No matter what you’ve been through, or what you will go through in the future, hang on to this truth: You are God’s daughter whom He loves.

Mark 5:25-34 reminds us just how much God values and esteems His female image bearers. He singled out one lone woman from a crowd of curiosity seekers, healed her physically and spiritually, and then placed her center stage to tell about it during a time in history when women weren’t even allowed to testify in court or speak to men in public.

As with this particular woman and the others we meet in the New Testament, Jesus viewed women’s needs as portals through which deeper spiritual needs might be met. He ministered to their immediate needs and gave them an eternal perspective and great significance. Just as He does for me and you…His daughters…and ours.

When we feel rejected by the world, we can remember that we have been selected by God. You have been chosen…handpicked…never less than.

Lord, I know that rejection is just part of life. When I feel second best, help me to remember that I am the apple of Your eye, and that’s all that really matters. My significance is found in You. In Jesus’ Name, Amen.

Go back and read Mark 5. Who was the other person that Jesus also healed in that chapter? Note how long the woman had been suffering. Note how long the little girl had been living. What does that say to you about Jesus that He cares for both?

Sharon’s book, How Jesus Broke the Rules to Set You Free has been revised and updated! The new 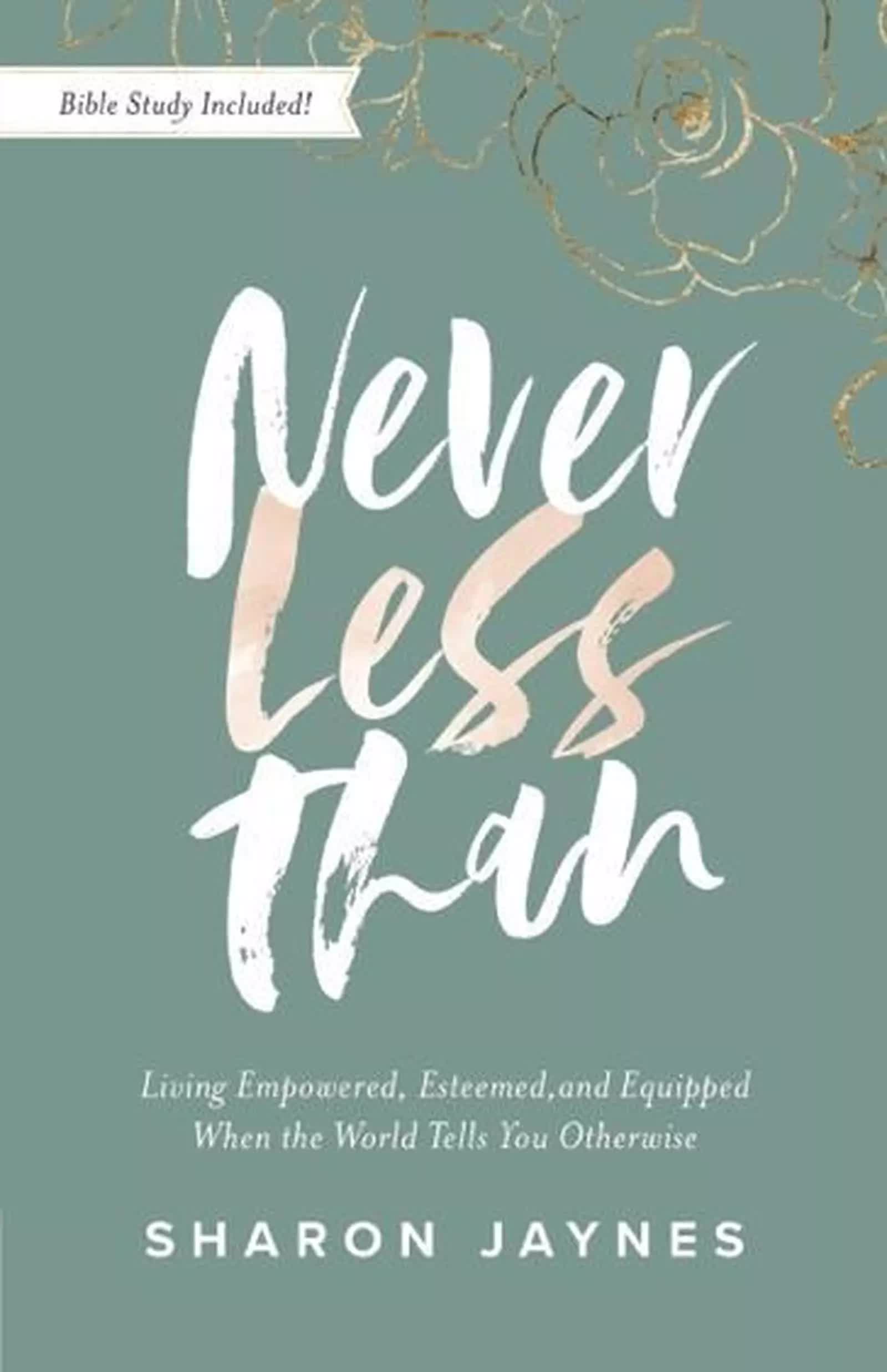 title is NEVER LESS THAN: Living Esteemed, Empowered, and Equipped When the World Tells You Otherwise. If you’ve ever felt less than because of your past, your present circumstances, or your gender as a woman then this book is for you! This is a message that your daughters and granddaughters need to hear. Click here to learn more. Click here for a FREE download of 25 Ways Jesus Honored Women.

This content first appeared on Crosswalk.com and is used here with permission. To view the original visit: https://www.crosswalk.com/devotionals/girlfriends/girlfriends-in-god-january-17-2022.html