BE A HERO- FEED A HUNGRY CHILD FOR A YEAR

Dear Roger,
My friends and I are wondering if the eagle mentioned in Revelation 12:14 is a reference to the United States? If so, we will see the United States taking part in some of the end-time biblical prophecies?
Sincerely, Isla

The bald eagle has been a symbol for the United States of America since 1782 when it was chosen as the national bird and placed with outspread wings on the seal of our country. The design went on to appear on official documents, currency, flags, public buildings, and other government and patriotic items, becoming an American icon.

By the way, Ben Franklin wanted the turkey to be the national symbol of the United States. He thought that the turkey was a strong and noble bird. Fortunately, he was outvoted!

I understand that you’re wondering if the eagle that rescues Israel during the Great Tribulation is the United States. Let’s start with Revelation 12:14, which declares,

The woman was given the two wings of a great eagle, so that she might fly to the place prepared for her in the wilderness, where she would be taken care of for a time, times and half a time, out of the serpent’s reach.

Who Are the Other Major Players in Revelations 12?

Prior to Revelation 12, John identifies the woman, the man child, and the dragon.

1. The Woman giving birth to the Man Child is Israel.

In Revelation 12:1, John describes the woman as having a “crown of twelve stars on her head.” These are the twelve tribes of Israel.

The woman gives birth to the man child, who will “rule all nations” (Revelation 12:5). This is the Son of God, Savior, Jesus Christ.

John describes the great dragon as “that ancient serpent called the devil, or Satan, who leads the world astray” (Revelation 12:9).

What Happens When the Eagle Appears?

Revelation 12 begins when the woman, Israel, is in childbirth agony. She is about to give birth to Jesus, the man-child who will “rule all nations with a rod of iron.”

The Dragon, Satan, is crouching between her legs, ready to grab and devour the child as soon as it emerges from the womb. This is yet another attempt by Satan to kill Jesus and upset the plan of salvation. But the Eagle with two wings transports Israel to a special place where she can remain safely protected during the last half of the Great Tribulation.

As I mentioned previously, it is commonly agreed that the Eagle is a symbol for the United States.

I’ve heard people joke about the Eagle being a mighty airlift of American Airlines Boeing 747 passenger jets that will fly Israel to safety during the second half of the Great Tribulation. Of course, they are just teasing—probably.

How Has the United States Treated Israel?

The United States has a long history of protecting and partnering with the nation of Israel … to a degree.

In 1948, during the Israeli War of Independence, Israel was desperately short of war materials. Skirting miles of red tape and political controversy, the U.S. military filled an old four-engine Lockheed Constitution cargo transport with guns and medicine and sent it to Israel. This provided a little protection for Israel—but not much. In the eyes of the world and in practice, the United States stood by the wayside and watched Israel battle alone.

For political reasons, the United States has several times parceled away Israeli territories in order to try to broker peace treaties with Arab nations. For example, Israel conquered the Sinai Peninsula during the Six-Day War. The United States led the way in forcing Israel to give it all back.

Israel has won decisive victories over Palestinian and other Arab forces again and again, which included the Golan Heights, the Gaza Strip, the West Bank, and the old city of Jerusalem. Every time, the United States has been instrumental in returning these lands.

For the last seventy-plus years, our leaders have promised Israel that we have their back. But over and over again, when push comes to shove, the United States has let them down.

On the other hand, over the last several decades, the United States is the only nation that has systematically rearmed Israel with military aid and political protection. The United States also often sides with Israel in the United Nations.

This might be a foreshadowing of the Eagle’s work in protecting Israel. However, it might not. We simply do not have any other scriptural clues tying the eagle to the United States. 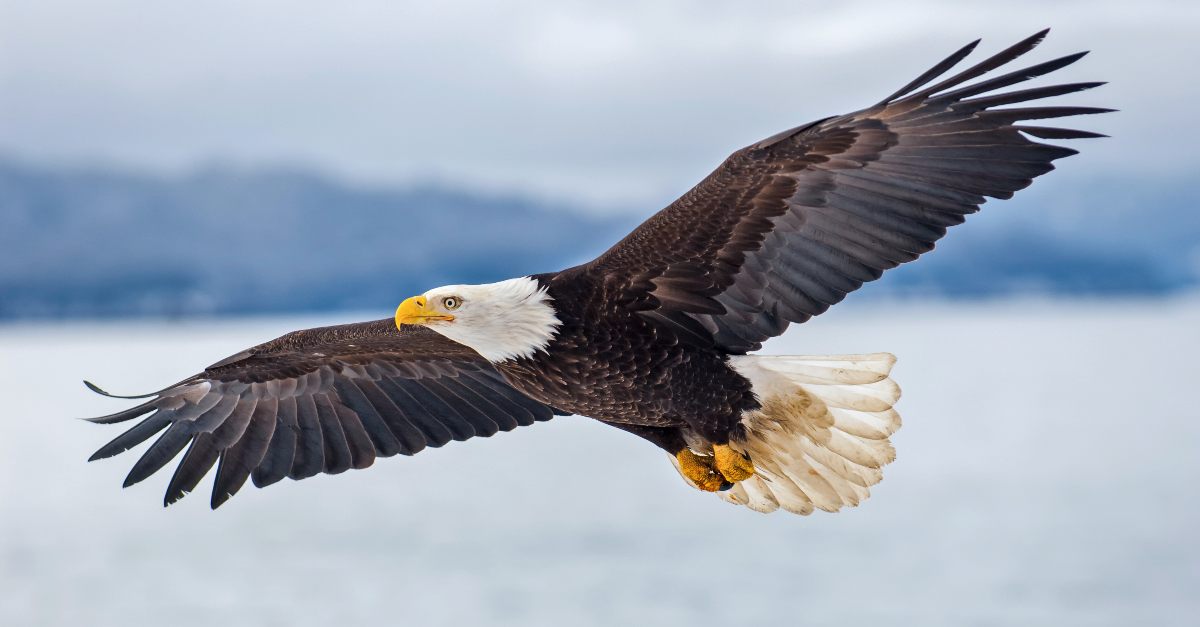 Will the United States Be Judged During the End Times?

Let’s turn this around and understand that one day the United States will be judged along with all the other nations—throughout history—regarding their treatment of Israel and her people.

The parable of the talents in Matthew 25:34-40 is germane to this topic. On one level, Jesus is evaluating the actions of individuals; on a deeper level, He’s describing his criteria for when He will judge the nations:

The King will reply, “Truly, I tell you, whatever you did for one of the least of these brothers and sisters of mine, you did for me.”

Jesus goes on to say that those who did not minister to the needs of His brethren will go away into eternal punishment, while the righteous will go away to eternal life (Matthew 25:41-46)

In other words, He will judge the nations of the world on how well they did, or did not, take care of His brothers and sisters—the Jews. Jeremiah 25:31 describes the scene:

the Lord will bring charges against the nations;
he will bring judgment on all mankind
and put the wicked to the sword.

Jews and Arabs have been fiery enemies since biblical times, with tensions beginning as far back as the births and later separation of Ishmael and Isaac (Genesis 16-25). Arab nations and the nation of Israel clash on a near-constant basis to this day.

Pogroms against the Jews have gone on for millennia (a pogrom is an organized massacre of a particular ethnic group). In 1915, 1.5 million Armenian Jews were massacred by the Ottoman Empire. The Nazis engendered a pogrom against the Jewish people in Germany and murdered at least six million Jews before and during World War II. During the same period, Joseph Stalin and his Soviet government killed millions more.

If the Second Coming of Christ and His judgment of nations occurs during our lifetime, the following nations will certainly be judged for their mistreatment of Israel: Russia, Sudan, Egypt, Libya, Syria, Yemen, Saudi Arabia, Iran, and Iraq, just to name a few.

Britain may well be judged in a harsh light because of the way she allowed the Arabs incredible military advantages over the Jews from 1917 to 1945, which resulted in the massacre of millions of God’s people.

France and Czechoslovakia may be blessed because of the secret help they gave to Israel during the Israeli wars for independence and rescued countless Jewish people during the Holocaust.

I believe the United States sits on the fence.

Is the United States the Eagle Protecting Israel?

Personally, I doubt it. But we really don’t know for certain. We must wait and see.

If history repeats itself, the United States will not be around during the events of the book of Revelation. We are a very young country in comparison, and our nation is following much in the footsteps of the Roman empire before it fell. But that is another topic for another time.

This we do know; our country will stand at the judgment seat along with all the nations to be judged on the basis of how well they have treated Israel.

Well Isla, I find the end times and their mysteries to be a fascinating realm of study. I hope that this answer encourages your own pursuit of biblical knowledge.

Dr. Roger Barrier retired as senior teaching pastor from Casas Church in Tucson, Arizona. In addition to being an author and sought-after conference speaker, Roger has mentored or taught thousands of pastors, missionaries, and Christian leaders worldwide. Casas Church, where Roger served throughout his 35-year career, is a megachurch known for a well-integrated, multi-generational ministry. The value of including new generations is deeply ingrained throughout Casas to help the church move strongly right through the twenty-first century and beyond. Dr. Barrier holds degrees from Baylor University, Southwestern Baptist Theological Seminary, and Golden Gate Seminary in Greek, religion, theology, and pastoral care. His popular book, Listening to the Voice of God, published by Bethany House, is in its second printing and is available in Thai and Portuguese. His latest work is, Got Guts? Get Godly! Pray the Prayer God Guarantees to Answer, from Xulon Press. Roger can be found blogging at Preach It, Teach It, the pastoral teaching site founded with his wife, Dr. Julie Barrier.

Pastor Roger Barrier's "Ask Roger" column regularly appears at Preach It, Teach It. Every week at Crosswalk, Dr. Barrier puts nearly 40 years of experience in the pastorate to work answering questions of doctrine or practice for laypeople or giving advice on church leadership issues. Email him your questions at [email protected].

This content first appeared on Crosswalk.com and is used here with permission. To view the original visit: https://www.crosswalk.com/church/pastors-or-leadership/ask-roger/is-the-united-states-mentioned-in-biblical-prophecy.html