Help Bring Food and the Gospel to Lebanon  GIVE NOW

I am kind of a history nerd. I especially love studying the life of John Newton. As I read through his diaries and letters, I’m often disappointed by missing information. Newton will write something like “went to visit Mrs. A.” or “found much help in conversation from R.B.” It is frustrating because it is often difficult or at times impossible to know exactly the reference. At times there are important details or mentions of various books, letter, or people that have been lost to us. But it’s not only Newton’s writings that have these “missing pieces” there are some of these places in Scripture too.

Now, to be clear, these pieces are not actually missing. We have in God’s Word exactly that which he wanted to give to us. But we aren’t afforded much information about Jesus’ childhood. We don’t know about that third letter that Paul mentioned to the Corinthians. And we also do not know the details of a prayer that King Manasseh in 2 Chronicles 33:19. But these facts did not keep some from filling in the blanks and supplying their own writing. It is because of this we have what is known as The Prayer of Manasseh, fifteen verses not found in most Bibles. But who was Manasseh and what was this prayer?

Manasseh was one of the most wicked kings in all the history of Israel, if not the most wicked. King Manasseh is not to be confused with the firstborn son of Joseph (Genesis 41:51). This Manasseh is often paired with Ephraim as those sons of Joseph who are leaders of the tribes of Jacob. The Manasseh who would be king is a descendent of King David, the eldest son of Hezekiah. Manasseh reigned for 55 years, beginning as a co-regent with Hezekiah and remaining as king until his death in 643/42 BC.

A bit of revival of Israelite religion took place during the reign of Hezekiah. But when the throne became the sole possession of Manasseh he reversed his father’s policies. He reinstituted idol worship and restored the polytheistic worship of the Jewish people. Baal worship was rampant during his reign. But it was his devotion to Molech that caused him to sacrifice young children in the fire (2 Kings 21:6). His foreign policy of Assyrian reliance also drew the ire of the prophets in his day. Manasseh responded by having several executed. It is believed that it was during the reign of this wicked king that the prophet Isaiah as sawn in two. The consequences of Manasseh’s wickedness are recorded in Jeremiah 15 further showing the abominable character of this treacherous king.

However, in his later years due to his traitorous policy of trying to double-cross both the Assyrians and the Egyptians, Manasseh was brought in chains to the Assyrian king. It was during this imprisonment that we read in 2 Chronicles 33:11-13 that he repented:

11 Therefore the Lord brought upon them the commanders of the army of the king of Assyria, who captured Manasseh with hooks and bound him with chains of bronze and brought him to Babylon. 12 And when he was in distress, he entreated the favor of the Lord his God and humbled himself greatly before the God of his fathers. 13 He prayed to him, and God was moved by his entreaty and heard his plea and brought him again to Jerusalem into his kingdom. Then Manasseh knew that the Lord was God. 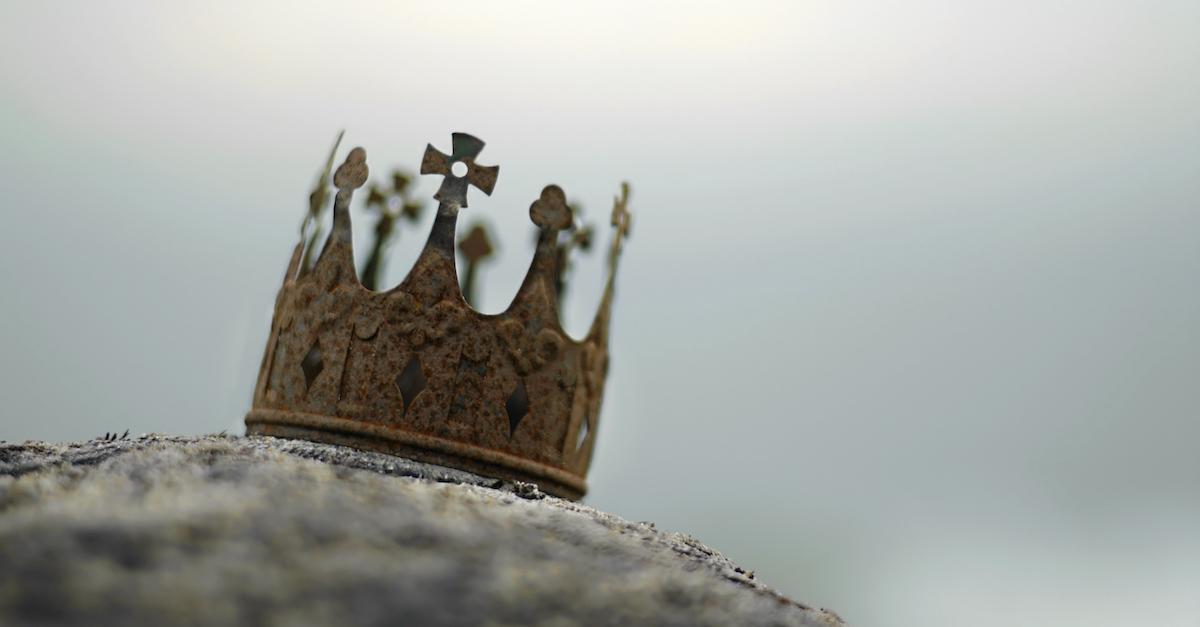 What Is the Prayer of Manasseh?

This is the full text:

1. O Lord Almighty, God of our fathers, of Abraham and Isaac and Jacob, and of their righteous seed,

2. You Who have made heaven and earth with all their adornment,

3. You Who have bound the sea by the word of your command, You Who have shut the deep, and sealed it with your fearsome and glorious Name,

4. You at whom all things shudder, and tremble before Your power,

5. for unbearable is the magnificence of Your glory, and not to be withstood is the anger of Your threat toward sinners,

6. and unmeasurable and inscrutable is the mercy of Your promise,

7. for You are the Lord Most High, compassionate, patient, and merciful, repenting from the evil deeds of people.

9. For I have sinned more than the number of sand of the sea; my lawless deeds are multiplied, O Lord, multiplied, and I am not worthy to look and see the heights of heaven because of the multitude of my unrighteous deeds.

10. I am bent down by too many a bond of iron for the lifting of my head because of my sins, and there is no relief for me, for I have provoked Your wrath and done evil before You. I have set up abominations and multiplied provocations (idols).

11. And now I bend the knee of my heart, begging for Your clemency.

13. I am asking, begging You: forgive me, O Lord, forgive me! Do not destroy me with my lawless deeds, nor for all ages keep angry with me, nor condemn me to the depths of the earth, for You, O Lord, are the God of those who repent.

14. And in me You will display Your goodness, for, my being unworthy, You will save me according to Your great mercy.

15. And I will praise You throughout all the days of my life, for all the power of the heavens sing Your praise. For Yours is the glory, to the ages. Amen.

Most scholars believe that this was actually composed in 1st or 2nd century CE. Many believe it was constructed before the destruction of the Temple in AD 70. Needless to say, it’s much later than the reign of Manasseh. It is written in Greek and was appended to the Latin Vulgate—which is how we have it still today. It’s clearly not from the pen of Manasseh, as such it has not been considered canonical by most Jewish or Christian believers.

It was clearly known at an early date in the church, as there are some clear allusions to the text. But it was never considered authentic or canonical. As it stands it's an interesting prayer. At times beautifully written and yet having some suspect theology (i.e. claiming that some of the patriarchs did not need to repent because of their own righteousness).

What Can We Learn from the Prayer of Manasseh?

I suppose we could gain some insight from reading this prayer. In some sense, it is an accurate description of authentic repentance. In this sense, it could be valuable in the same category as something like Valley of Vision or other prayer books. It may be used to model for us an example of penitential prayer. (Though it’d be wise to use caution—as with any book—and consider the theology present).

But more than these fifteen verses what is most beneficial to us is what we have in the actual text of Holy Scripture. Wicked Manasseh repented and God forgave him. What an important and wonderful lesson this is for us today? There is no sin that is so great that you are cut off from God’s mercy. When we confess and repent we are forgiven and cleansed of unrighteousness. This is good news for us.

The Prayer of Manasseh is not a biblical book, though it might be a helpful example of a prayer (though needing to be read with much discernment). The bigger story here is that the wickedest king in the history of Israel repented and God forgave him.

Mike Leake is husband to Nikki and father to Isaiah and Hannah. He is also the lead pastor at Calvary of Neosho, MO. Mike is the author of Torn to Heal and his writing home is http://mikeleake.net

This content first appeared on Crosswalk.com and is used here with permission. To view the original visit: https://www.crosswalk.com/faith/bible-study/what-should-we-know-about-the-prayer-of-manasseh.html