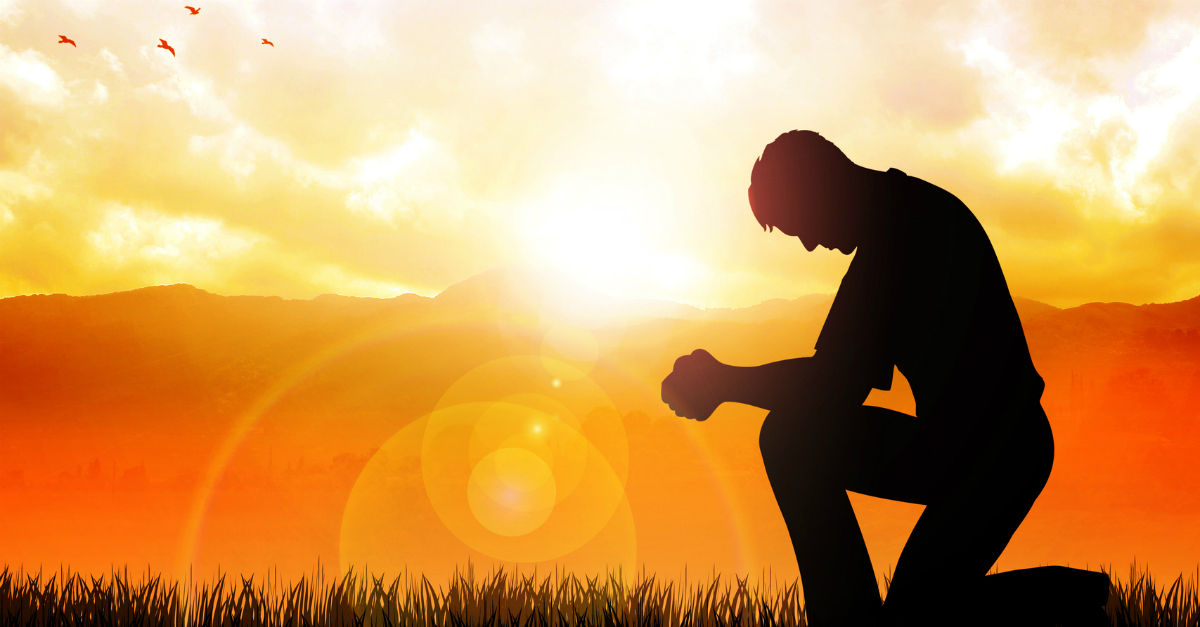 After a long week of vote-counting across the country, the Associated Press and most major media networks have called the 2020 presidential election for former Vice-President Joe Biden, soon to be the 46th president of the United States. No matter how you voted, now is the time to pray for the country and for our newly elected leaders in both the White House and the Congress.

The Bible calls on Christians to offer prayers and thanksgivings for “all people,” including “kings and all those who are in authority” (1 Tim. 2:2).

In our constitutional system, of course, we have no kings—the ultimate authority rests with the people—but the Scripture calls for honor and prayers for all of those who hold authority, not just, in the first-century context, for the emperor but for all. As Christians, even our prayers can help re-center us away from the pull to conform to the pattern of the world.

In this sort of politically polarized era, it is easy to hope for total victory for “one’s side” (whatever that is) and for total defeat for one’s “enemies” (whoever those turn out to be). This sort of mindset is not for those of us who belong to Christ. That’s because the gospel reframes for us both what’s at stake—and what’s not—in civic government.

For many in our time, government has become simply one more expression of cultural hostility or self-expression or cultural wrestling. The Bible affirms, though, that government serves a good purpose in approximating justice and maintaining order (Rom. 13). We are called to love our neighbors and to pray for their thriving. That means that we cannot pray for whatever “our side” is to succeed in injustice or for the “other side” (whoever that is) to fail in doing what is good. Government matters.

But we also pray for our leaders because government is not of ultimate importance.

The Apostle Paul commanded us to pray for a specific purpose—“that we may lead a peaceful and quiet life, godly and dignified in every way” (1 Tim. 2:2). What’s of most significance here is what that word “we” means. Paul, under inspiration by the Holy Spirit, writes of “we” as the church of the crucified and resurrected Jesus Christ, the One who is the “one mediator between God and men” (1 Tim. 2:5).

If government or ideology is an idol for us then the stakes are always apocalyptic and existential. If we seek first the kingdom of God, then we can ask God to bring about good from our leaders—to hold them accountable when they don’t and to commend them when they do, without checking first with whether praying for such is to the advantage or disadvantage of whatever our temporal “tribe” might be.

So, all Christians should be praying right now.

For President Trump as he continues to lead over the next few months, for President-elect Joe Biden and Vice President-elect Kamala Harris as they plan to take office in January, for Senate Majority Leader Mitch McConnell, for House Speaker Nancy Pelosi, for the party leaders and committee chairs and ranking members of both parties in Congress, and for the Supreme Court and the rest of the judiciary. We should also pray for the Trump, Biden, Pence, and Harris families and for the outgoing and incoming administration officials, diplomats, and public servants.

What we should pray for regarding government leaders, for all of them, is wisdom and discernment, that they might do what is right. And having prayed so, we should hope that what is just and right will be done, by all of them. We should also pray for ourselves, that we will all know how to pray in the months and years to come.

The voters, it appears, have given us a divided government—the White House in one party, the Senate in another, and the House more closely divided than before between the two. This could be an opportunity for all to work on the pressing issues facing the country—including this awful pandemic and the resulting economic agony. Or, of course, it could result in just more of the same polarization. We should pray for the first of those options.

And we can start that process by praying for our new and continuing government leaders, while reminding ourselves that, while we pledge allegiance to all these temporal authorities where we can and where we must, our ultimate allegiance is elsewhere. Our citizenship is in heaven (Phil. 3:20) and from there we wait not for a president or a prime minister, but for “the faithful witness, the firstborn of the dead, and the ruler of the kings on earth” (Rev. 1:5).

And, as always, that’s good news.

Russell Moore is president of the Ethics & Religious Liberty Commission of the Southern Baptist Convention. The ERLC is the moral and public policy entity of the nation’s largest Protestant denomination.

This content first appeared on Crosswalk.com and is used here with permission. To view the original visit: https://www.crosswalk.com/blogs/russellmoore/christians-lets-pray-for-president-elect-joe-biden.html